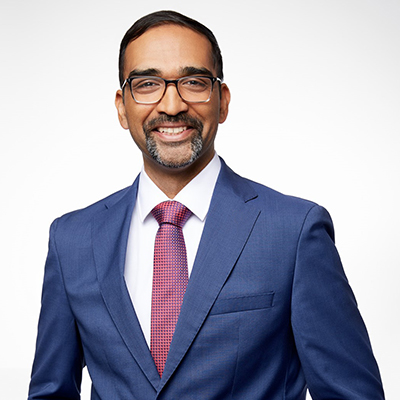 Ryan Patel is a world-renowned go-to authority on global business, political economy and corporate governance. An expert in scaling businesses, he has worked for start-ups to public traded companies; his deep knowledge in strategic global market development, concept scalability, digital transformation, global trade, consumer-driven marketing has made him a thought leader in the global business realm. He is a frequent TV contributor, Board Director and Senior Fellow with the Drucker School of Management at Claremont Graduate University.

Patel’s experience includes growing a young company into a global leader, Pinkberry, which enticed him to become the Vice President of Global Development. During his tenure, the company had gone from less than 95 locations to over 270 stores in 23 countries (North America, Europe, MENA, Asia and Latin America), making it one of the fastest growing retail brands at the time. Patel’s unique and inherent knowledge of the ever-changing nature of trends and how it impacts business has been vital in providing valuable strategy and leadership in developing domestic and international growth plans across multi-cultural and cross-functional teams. He has been a key player at some of the world’s most innovative companies such as Wet Seal Retail, Inc. (Arden B and Wet Seal), Jamba Juice, BJ’s Restaurants, Inc. and Panda Restaurant Group Inc. (Panda Express).

Patel is a strong believer in giving back to the community and paying it forward. He currently serves on several advisory boards ranging from social responsibility to technology and a Board of Director at the American Red Cross LA and Drucker School of Management. His passion for combining social good and business has led him to discuss relevant and real-world situations which are accessible to both students and professionals alike. He is also a trainer at the Nasdaq Entrepreneurial Center.  In 2015, he was awarded “Executive of the Year” by the Los Angeles Business Journal and received Special United States Congressional Recognition for outstanding services to the community. In 2017, Inc. listed him as one of nine executives and innovators who serve as an inspiration for how all businesses can make a difference. He recently received the 2018 “Connect” Award for Business Leader of the Year, by NAAAP SoCal.

Ryan is a multigenerational communicator who is able to break down complex global business issues in a digestible way. He is a contributor at CNN, BBC, Fox Business, The Hill, Yahoo Finance CGTN and has been also featured in Entrepreneur, WWD, Nasdaq, Inc, TD Ameritrade and more. He is a member of “The Collective” at the Washington Post BrandStudio. He accompanies his literary talents with both domestic and international keynote appearances at company meetings and universities such as Money 20/20, World Government Summit, Edison International, Nasdaq,  London School of Economics, Wharton School of Business and more.